It was another stellar day for Newport, RI luxury real estate as word spread that Gustave White Sotheby’s brokered the sale of Hopedene for $16M. The sale was Rhode Island’s highest recorded sale this year and the second highest ever.

Located on Cliff Avenue with a sweeping lawn and stunning views of First Beach and the Atlantic, Hopedene was designed by Peabody and Stearns and completed in 1902 for Elizabeth Hope Gammell Slater.

When he died, Mr. Patterson left Hopedene to Newport’s Preservation Society and in 1983 Britty Cudlip purchased it.  In the late 1990s Craig and Michele Millard bought the property and kept it until today.

Rumor has it the new owners rented Hopedene first, then fell in love with it.  And what’s not to love about this majestic summer cottage? 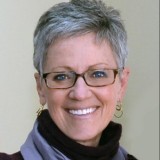